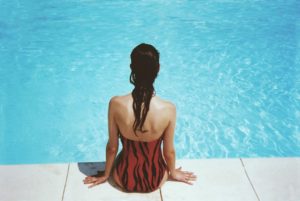 When Jordan moved from the ski town of Telluride, Colo., to Phoenix, Ariz., she noticed everyone was decked out in skimpy shorts and tops, showing a lot of skin. “The actual climate change didn’t bother me as much as seeing all these skinny girls in tight tank tops and swimsuits, while I was stockier than all of them,” says Jordan, who moved in 2007 at the start of middle school.

This was not the first time Jordan felt self-conscious about her weight. At 8 years old, she remembers relatives criticizing how she looked and comparing her to her younger, thinner sister. “My family members would make comments: ‘Hey, you better watch what you eat. You’re getting a little chubby there,’” she recalls. “My cousin called me fat straight to my face.” Those hurtful words left an indelible mark on Jordan’s self-image.

After her move to Phoenix, Jordan slowly became more preoccupied with her weight. At 13-years-old, at a time when most adolescents are going through a growth spurt and putting on pounds, she began restricting her diet and losing weight. She had loved playing tennis all her life, but now she turned to the sport as a way to burn more calories and shed pounds. “I felt good about losing weight because people were commenting on how good I looked,” Jordan says.

In the summer of 2008, she took a vacation with a relative to the East Coast. Away from her parents’ watchful eye, she dropped even more weight. “My pants kept getting looser and looser, and I had to wear my belt tighter,” she says.

When she returned home weeks later, her parents were shocked by her appearance. Her skin was pale, her hair was falling out and her eyes were sunken in. “When I looked at myself in the mirror, I still thought I could lose more,” she says.

Jordan had dropped to 75 percent of her normal weight and her resting heart rate was in the 30s. With her weight so dangerously low, her parents checked her into Remuda Ranch, an intensive inpatient treatment center for eating disorders.

For the next two months, she lived at Remuda Ranch and worked with a therapist and dietician to help restore her normal weight and improve her body image. Her treatment at Remuda marked a turning point in her recovery.

While she has made steady progress, Jordan continues to struggle with insecurities, especially when comparing herself to others. “This is a lifelong illness that people deal with for the rest of their lives,” says the 17-year-old. “It’s just so up and down, it’s exhausting.”

Last winter, Jordan suffered a setback when she stopped seeing her dietician and therapist, and decided to cut the dosage of her anti-depressant medication without consulting her doctor. As her stress level increased, she started bingeing on food and became bulimic.

Jordan quickly learned the importance of following her doctor’s orders; when her psychiatrist put her back on the full dose of medication, she felt less anxious and returned to healthier eating habits.

The high school senior has come along way in accepting her body and now uses sports to stay healthy inside and out. Today she plays on two tennis teams, including her high school’s varsity team.

“Now I play tennis because I love it, and it’s a type of therapy for me because I feel so clear and relaxed when I play,” says Jordan. “And I don’t worry about how I look, but instead, I admire just how amazing my body is and what it can endure and do.”